My love letter to Spammers

I seem to be attracting spammers with the update of my website, so I've gone through it page by page and separated all my email references from the mailto links that made them so convenient.

So, to try to avoid further junk clogging my inbox, I've changed every email address from @ to (at) and . to (dot) in the hopes that my future contacts will be living, breathing human beings rather than the internet freeloaders I seem to be attracting. It's unfortunate, because the people I want on my site won't have the convenience of messaging me with a simple click of an email link anymore.

My love letter to my most faithful spammers:

I'm not interested in your services. If I were, I would have looked you up already. Sorry.

I'm not interested in your selling my email address to your friends as viable and working, and I refuse to open your email alerting you that it is, enticing as the subject line may be. (As an aside, maybe you should find new friends. They're dragging you down.)

I'm also not interested in waking the virus that you've painstakingly taken the time to write and spread. I just don't have a block of time big enough where I can pencil that in. Sorry you did all that for nothing.

I work for a living. Maybe you should look into it. 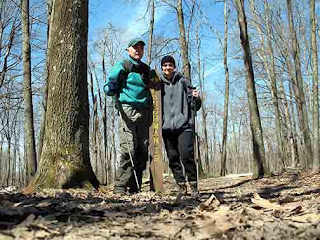 Rule #1: Get away from work once in a while to keep the creative juices moving.

It's hard to verbalize the disappointment I'm feeling from yesterday's announcement from Adobe.

The company has decided that, starting with their latest release in June, their programs (Photoshop, Illustrator, InDesign, Dreamweaver, Acrobat to name a few) will be rent-only. Meaning, you pay the rental fee every month ($49.99 if you pay for an entire year up front), and as soon as you stop paying, the program goes bye-bye. No more holding on to your old physical version for a couple of years because you can't afford to buy the new one just yet.

So those of us who make too little money in our freelance designer and illustrator jobs already, who go broke splurging for the latest Creative Suite package when ours has aged so ripely for two years? We are the ones who will be left in the dust.

Ashes to ashes, I suppose.

CS6 will be my last software purchase from the Adobe line.

I'm not a developer. Coding is still a relatively foreign language to a designer. This morning I started my search for alternative WYSIWYG HTML editors to replace the Dreamweaver that made my website designing so much easier.

I think I'll leave the colophons on my sites, but add a strikethrough over the Adobe titles until I've found, purchased, learned and begin using alternatives.

Adios, Adobe amigos. You used to be very good to me.

Posted by Unknown at 1:13 PM No comments: