Here's a guy you have likely been reading for years and didn't even know it. Read about Matthew Carter's becoming a $500,000 MacArthur Fellow here. Carter has been designing typefaces for something like 50 years, and he worked as a punchcutter when first starting out, and later kept right up with technology by designing faces digitally.

You know that tiny type they use in the phone book? Take a look. It would look kind of funky if you used it as a regular face or big for display type because it was designed for a different purpose. The ink on the presses would fill in the counters of the letters (the spaces inside letters like the lowercase "e"), especially on absorbent paper like they use for phone books. Carter created extra pointy spaces in the counters to allow the ink to spread and still be readable.

And you know Microsoft's Verdana and Georgia? Yep. Carter's. Designed to be legible, even at small sizes on computer screens. He also designed Tahoma.

Carter was featured in the full-length film Helvetica where he explained the theory behind his job. He wants you to read and not take any notice the font carrying the message. If you do that, then he believes he's done his job well. So you've probably read his work your entire life, but never even noticed.
Posted by Unknown at 7:58 PM No comments:

And on last day of summer.

Some neighbors lost some huge trees from the storm that rolled through late yesterday afternoon. I happened to catch this lady taking photos of the damage this morning. Sad part is, they had had a beautiful tree-lined driveway and removed most of those trees last year (you can still see one of the stumps still there). They had all been huge like this one. 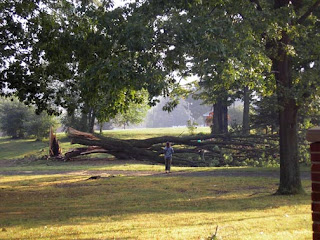 ﻿Another tree covered the entire road and took a powerline with it.

Posted by Unknown at 7:43 PM No comments: 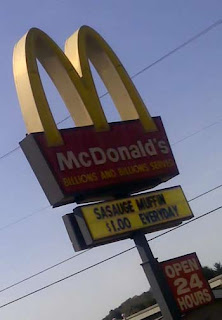 2. I guess you need to reverse the number "1" to accommodate all the dyslexic customers? O.K. I understand.

3. (My personal #1 grammatical pet peeve:) Everyday is usually an adjective and means "common" or "usual." Maybe your "Everyday Menu" or your "Everyday Sausage." But if you mean the $1 deal happens "every single day," please, please use two words.

Stepping down from soap box. Please, carry on.
Posted by Unknown at 4:06 PM No comments: 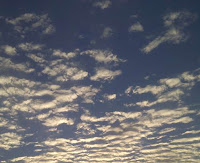 An evening walking in Ligonier, PA, taken with my cell phone.
Posted by Unknown at 7:48 PM No comments:

We've always allowed our property to grow as wild as possible, first for privacy and second for wildlife. We've encountered opposum, ground hogs, raccoon, deer, squirrels, chipmunks, a weasel, (possibly) a black bear and many, many species of birds. But until this summer we had never seen a snake.

I guess it was only a matter of time.

I didn't see or get a shot of the bigger garter snake we had had on our property earlier this summer, but I'm thinking that one might have been a mom. The one I did see and get shots of was just a little guy, sunning himself on the concrete around our outdoor building. He let me take the close-up above which makes him look bigger than he really was. The photo below gives a better comparison. He was only about as big around as a pencil.

And, as was tradition when I was growing up, his name is Charlie. 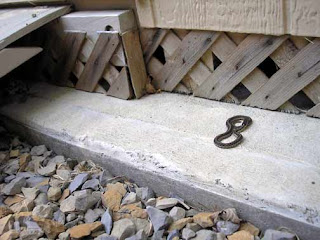 Posted by Unknown at 3:28 PM No comments: