I write, therefore I am

Do you have any idea how hard it is to write? I'm sure some of you do. The ideas are playing out like a movie in my head. I can see them very well. They're there, it's just so hard to abstract them into words and sentences in the right order.

So I write Christmas cards. I answer email.

Wait. Blogging is like writing, huh. Something like writing. Yeah. So is answering email. And writing Christmas cards.

We've got a fire in the fireplace tonight, and I'm not in the room where it's blazing. I'm here, sitting at my computer, typing in more words.

That's it. Wall has been hit.

Posted by Unknown at 8:39 PM No comments:

I've gotten a bit of feedback about my portfolio, and more than one person has suggested I run with my graphite drawings. One of those people (an art director) said if I could figure out a way of colorizing those drawings, it would be awesome. An agent pointed out one particular graphite drawing and said, "I'd like to see this in color." 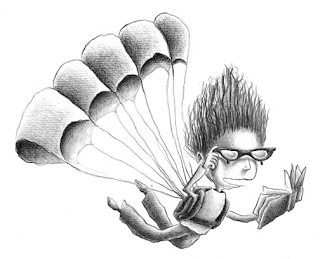 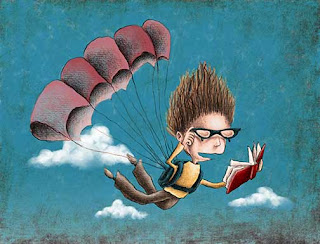 Me likey.
Posted by Unknown at 8:34 PM No comments:

Please forgive me. I may ramble on here for a little while, not having had enough sleep again.

Sometimes I wonder why I have so much trouble sleeping. I read a lot of articles and hear a lot of news stories that this is a common problem. I wish being "part of the gang" made me feel better, but it doesn't.

And then two nights ago, I got scared.

A little bit of history (short, trust me). I haven't slept well since 1998. That's a long time. Mostly I can get to sleep, but then wake up somewhere in the middle of the night and can't get back at it. Then, the alarm goes off just as I feel like I could possibly drift back. The time I'm awake in the middle of the night varies; maybe anywhere from two to four hours. By the end of the day, I can barely keep my eyes open. When 10 p.m. rolls around, I'm headed for the next erratic sleep cycle. Usually, the only thing that makes me sleep is a few days of not getting any. Then, I sleep.


I had an OMT (osteopathic manipulation treatment) a little over a week ago, in the hopes of some relief. In the spirit of the hunt, I drew up a chart and started keeping track of my sleeping habits that night so the doctor could see how I was doing. I experienced my usual pattern the first couple of nights (6 ¾
hours, and no more than a couple of hours at a time. I started having trouble getting to sleep most every night after that, and kept waking up in the middle anyway.

On the last day I took the melatonin, two nights ago, I got a total, a total, of two hours and fifteen minutes of sleep. During the five and a half-hour gap between 1 a.m. when I woke up and 6:15 when I fell back to sleep (but only for 45 minutes), I realized the problem was that I had stopped being sleepy. Usually I'm dead tired; when I'm awake in the middle of the night, when I'm struggling to make it through the dreaded 3:00 in the afternoon and when I'm forcing myself to stay awake until 10.

I had read an article in National Geographic about people who can't sleep. Here's the thing: they die.

Last night I laid awake until 2:30, not the least bit sleepy even though I hadn't slept the night before. As I lay there, I thought about those people in the National Geographic article, and I suddenly realized that this was it.

This was how I die.

But not before I go back for my second OMT this Friday.
Posted by Unknown at 4:46 PM No comments: